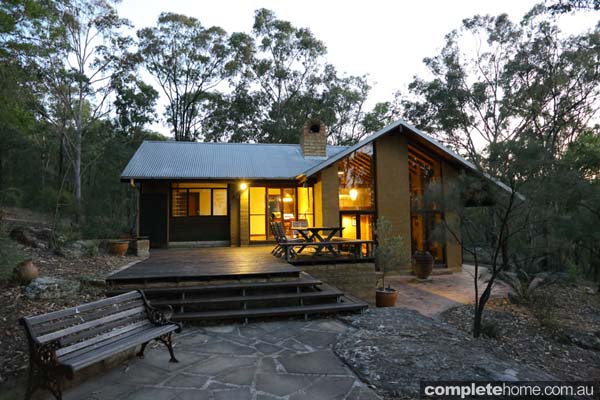 With these spectacular natural surrounds, Kim set out to create something that was low budget, sustainable and made using the materials he had around him. The result is a unique home that embraces nature, showcases excellent design and handiwork and, together with its warm, earthy interiors, is a place filled with character. Impressively, Kim was the project’s solo builder and interior designer, with the architect work being a collaboration between him and Brian Woodward from Earthways.

The ambient 95m² home features a loft bedroom and open-plan room, which can also serve as a second bedroom, a lounge area, dining area attached to the kitchen, a combined laundry and pantry and one bathroom.