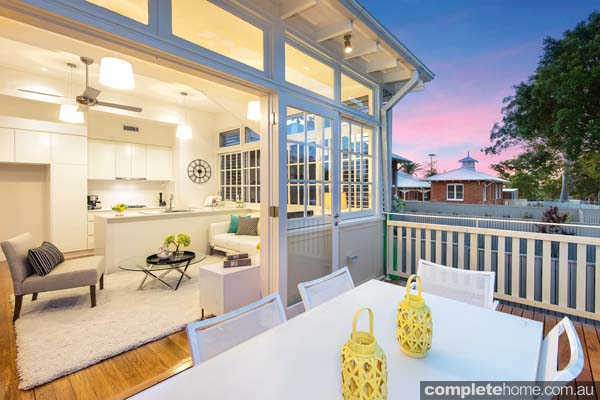 The Gallery Residences is the second stage of the adaptive reuse of the former Lidcombe Hospital ward buildings into residential buildings. The buildings, set on 44 hectares of farmland, were listed on the NSW State Heritage Register as being of state significance. Originally constructed between 1893 and 1906, these buildings were designed by James Barnet and Walter Liberty Vernon and featured a number of innovative design features for that period.

The History of the Buildings

Numerous changes were made to the buildings over their life — the hospital closed in 1997 and the buildings were last used as part of the media village for the 2000 Sydney Olympics — but have sat vacant ever since. They were generally in a poor state of repair when Australand purchased the site in 2002.

Since then, Australian architect practice Allen Jack + Cottier has meticulously redesigned them. Rather than being knocked down, the beautiful buildings have been faithfully restored into a limited collection of single-le">