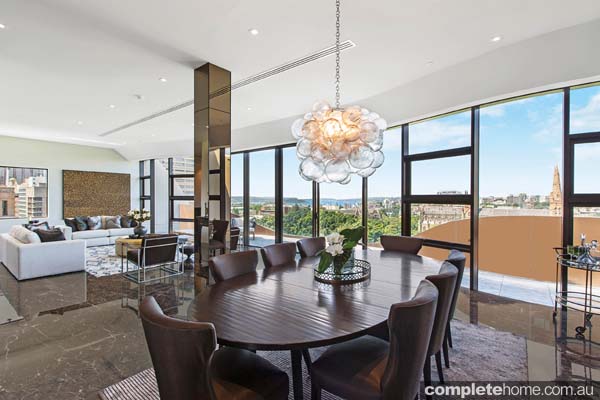 Builder Edward Doueihi and his property development/construction company Ceerose purchased a 280m2 piece of land with a vision to create something unique. “In 2009, the site was derelict with the previous commercial building having been demolished to make way for a new residential project that failed to be realised,” explains Edward. “Eliza was purchased by Ceerose, so we developed our own brief.”

With just themselves to answer to, the Ceerose team was given free reign to create their very own slice of 17-storey heaven. “We recognised the dress circle address as well as the opportunity to create a Sydney landmark,” says Edward. “The aim was to keep the development luxurious. Eliza has been constructed and built for the purpose of giving future owners a lavish experience that will not be experienced anywhere else
in Sydney.”