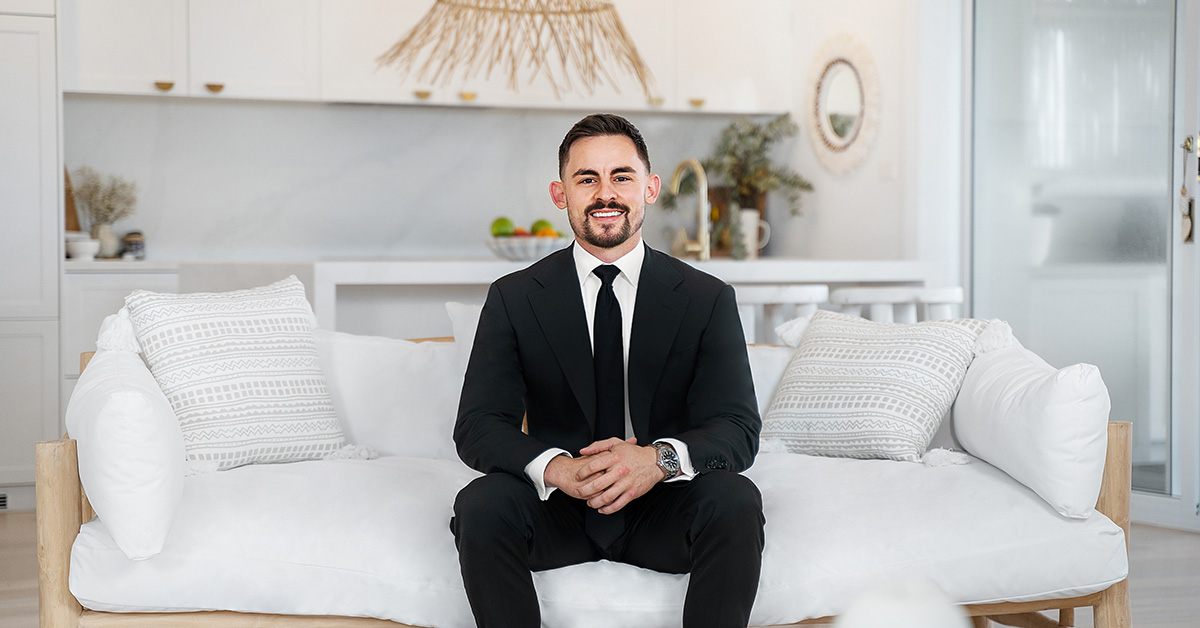 Less than a decade after ringing his local LJ Hooker office in Terrigal looking for a job, Matthew Farrugia has bought into the business.

The 28-year-old who came into the real estate industry with no experience has quickly established himself as one of the top young agents both in the region and within the LJ Hooker network. He has just purchased 20 percent of the business from principal Tim Andrews with plans to become a co-owner by 2025.

“Sometimes I think how different my life could have been if I hadn’t been given this opportunity. Tim is the person who took me on when he didn’t need to and I am forever grateful for that,” Mr Farrugia said.

“He has built such an amazing agency that is well known within the community as a good honest family business. I also love the long-standing history of LJ Hooker - the brand is an Australian icon when it comes to real estate.”

LJ Hooker Group’s Head of Network, Stephen Mutton congratulated Mr Farrugia on the exciting next step in his career.

“Mathew’s success reflects his determination and incredible work ethic, and we are thrilled that he sees his future with us,” Mr Mutton said.

“LJ Hooker continues to attract young and successful agents and their enthusiasm is infectious, not just in their agency but to the whole network.

“We are a brand that people have grown up with and we are attracting the next generation of agents who want to be part of the business as we head towards our centenary and beyond.”

Mr Farrugia did not take a traditional route into his property career. After being expelled from high school at age 15, he started work at the local McDonald’s restaurant eventually moving into a management position. He later took a job at a golf pro shop when he met a real estate agent who promised him a job, but the position fell through.

Undeterred he phoned Mr Andrews, whose number he had spotted on a signboard out the front of a property. He explained that he was keen to start in real estate and asked if they could meet the next day.

“Matthew turned up at the office in a suit and tie - I didn’t have a job, but he just impressed me so much that I put him on,” Mr Andrews said.

“He did letterbox drops, installed sign boards and put stamps on envelopes – happy to do any job we asked him and so it just went from there.”

Mr Andrews made a promise to his young protégé that he would one day allow him to buy into the business he set up 25 years ago. When later approached by another company to purchase the agency, he knew he couldn’t accept.

“I couldn’t bear the thought of not sticking to a promise that I had made, so I gave Matthew some time to think about it – but he came back to me the next day and said, ‘let’s make this happen’,” Mr Andrews said.

“He’s not adverse to putting in 12 hours six days a week, is a great member of our team and has become a good mate as well.”

Mr Farrugia purchased the first 20 percent of LJ Hooker Terrigal on the 8th anniversary of his first day on the job.

His decision to buy into the business will not impact his passion for property sales. He will continue to list and sell property on the Central Coast and maintain his market share. Importantly, he wants to help lead the team at LJ Hooker Terrigal and will be ensuring they have the right tools to achieve their goals.

“If our team is successful, then we will all be successful - I wouldn’t be where I am today without having someone who believed in me,” Mr Farrugia said.

“Looking back at my early life, I genuinely never thought it would be possible to be in this position. A few hard lessons along the way have taught me the value of focusing on the right things and aligning your interests and passions.”

Over the past year, real estate markets across the country have outperformed in every respect. From the suburbs of our capital cities to regional towns, this strong performance has come despite ongoing restrictions and lockdowns.
Read more
The LJ Hooker Group has given cause to pause on R U OK? Day as it continues to look for ways to support its teams through some of the most challenging working conditions that teams have had to face.
Read more
LJ Hooker announced its official partnership with Lifeline, as the LJ Hooker Foundation’s third national charity beneficiary for 2021/2022, to help aid the charity’s crisis support services and suicide prevention.
Read more