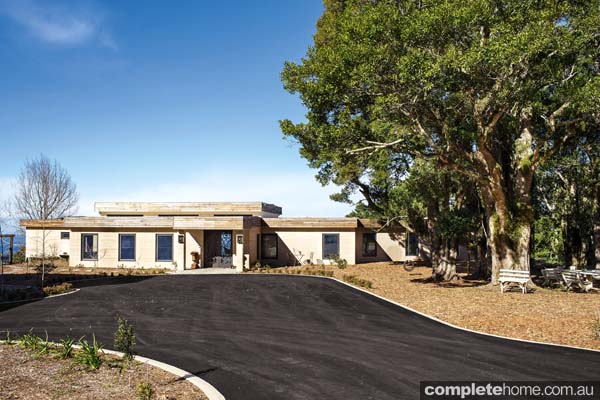 Their experimental project was partly driven by the discovery of a house and 80 acres of land dubbed “Foxground”, which included their own rainforest and a 30-year-old one-bedroom weatherboard cottage surrounded by an established garden with shrubs and introduced trees. Despite no electricity, the site featured breathtaking waterfalls, gullies and fern trees.

A Family Home In a Different World

“You can walk for a kilometre or so and be in the rainforest and not see another person,” says Joe. “We bought the property because we fell in love with it and then decided it needed to be improved to realise the full potential. We decided to build the family home and make it somewhere our children would want to visit.”

The couple instantly recognised the site’s special qualities. “You can spend a weekend here and it feels like you’ve been away for a week,” says Maura. “We’re only 20 minutes from civilisation, but we feel like we’re in a different world.”